How to escape from Prescott

Well it's been a pretty action-packed week or so. Some highlights: 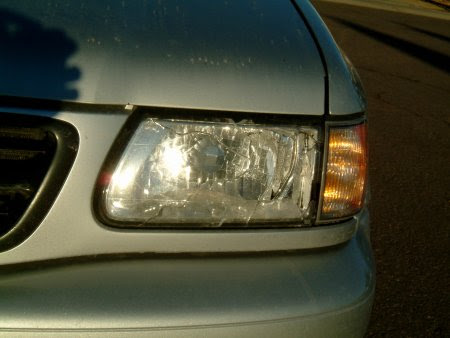 Last week, Heather and I went to the spare parts shop to get a new headlight bulb and ended up locking ourselves out of the car. Hilarity ensued. 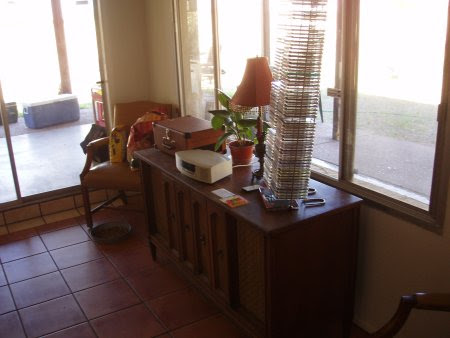 Also, Heather decided that $6 was a reasonable price to pay for this piece of thrift store tat. I questioned her judgment until I realised it was a good excuse to set up the Bose sound system she got for xmas. Music ensued.

On Friday we went to the Prescott Brewing Company where they make their own beer. Micro-breweries are bigger business over here than they are in the UK. 'Domestic' beer, such as Budweiser Lite, Miller Lite and Michelobe Even Lighter is pretty wretched stuff and nobody seems to mind admitting it. The cans and bottles don't have a strength printed on the side ... they have a calorie count. 'Brown' beer on the other hand tastes vaguely of beer - albeit cold, watery, fizzy beer. Whatever. Blurry vision ensued.

On Saturday Heather went to a friend's baby shower. I wasn't allowed to go because I'm a straight man so I went to see Wild Hogs with her brother (Daniel) and step dad (Jim). It wasn't quite as bad as I thought it would be although I think being in a theater full of the sort of people who enjoy going to see movies like Wild Hogs helped - bit like having convincing canned laughter. Jim and I both got excited when Peter Fonda appeared at the end. (Well you weren't going to go see it, were you?)

Then on Monday we headed back to Phoenix. I've made another gallery - this time it's some of the sites you see as you head south out of Prescott on Route 69 (titter). I'll have to write more about the town itself at some point and actually take some decent photos. 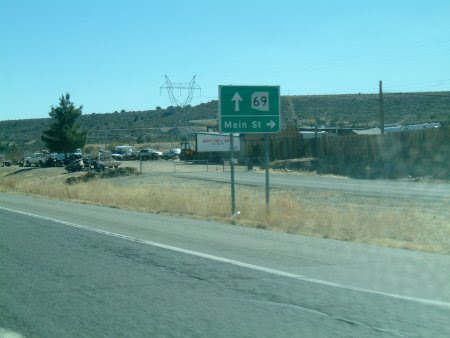 We aimed to get to an IMAX cinema in the north of phoenix on the way back to see 300 but got fantastically lost and missed the showing by about an hour, wandered around for another hour and then got back and realised that it was booked up for the late night show.

In hindsight, judging how popular a Frank Miller adaptation was going to be by the reviews in gossip magazines was a mistake. It appears to be the biggest hit of the year so far. Pissed-offness ensued.
Posted by John McFarlane at 13:18

Your road-to-Phoenix photos definitely have some kind of David Lynch quality to them. What does it all mean?