He's not actually three until tomorrow but his party was today.

He got lots of presents - mostly dinosaurs, of course - and a marble track. Here's a rare shot of Jimmy helping to build - and not break - Owain's creations. 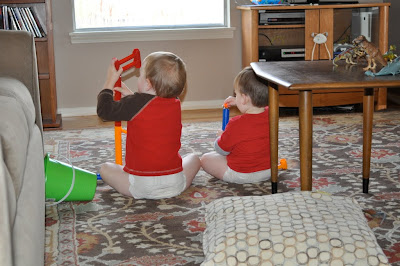 Have you ever heard of a party starting at 10.30 in the morning? Well they do when you're three. Heather hired the Tumblebus on which Owain and his friends reenacted scenes from Con Air. 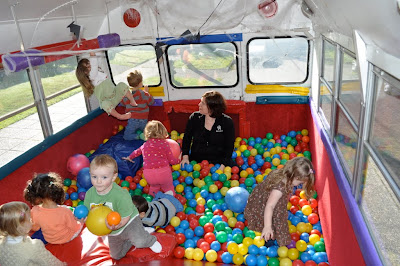 Heather made at least five exquisitely iced cakes yesterday. Here's one of Owain's cakes with three candles on it. Oh look, it's a dinosaur. In fact, how many dinosaur-related items can you see in this photo? I count fifteen if you don't include Owain himself. 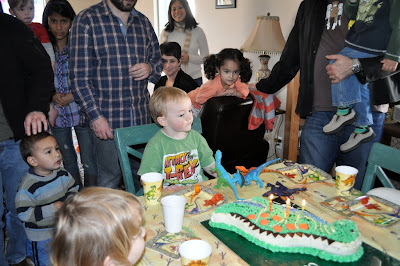