On Sunday July 12 we had a baby shower for all the pregos in our PEPS group. Diana threw it at her house and it was such fun! We played a few games which brought out my competitive nature as Kristen can attest to. My worst moment came during a game where we each had a clothespin clipped to our shirt and whenever we caught someone saying the word "baby" we could take their pin. At the end of the shower the winner has the most pins. We were all sitting around the room chatting when I overheard Kristen say something about a babysitter and without really thinking about it I lunged out of my seat and hurled my giant pregnant body in her general direction. I nearly fell on top of her (she is pregnant as well). I ripped the pin off her shirt and gave a big "woo hoo!" in victory. Now the moment replays in slow momtion in my mind. How embarassing! That aside, the shower was a great success. Every member of our group attended. 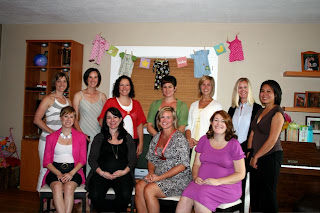 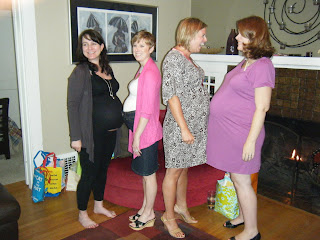 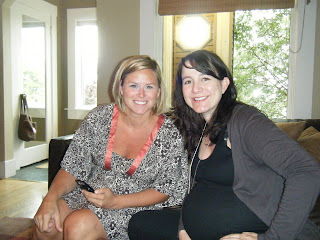 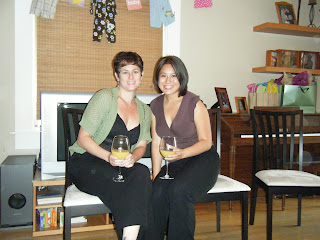 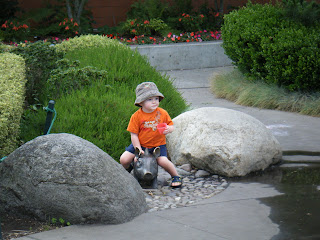 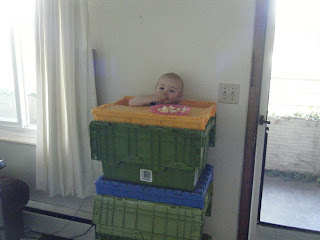 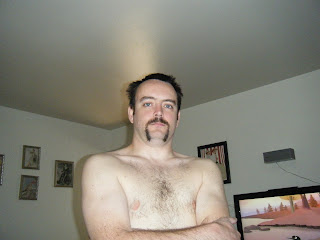 John in the middle of a transitional shave

Posted by heather mcfarlane at 11:21

Oh my god - a dream come true - my boy reincarnated as Freddie Mercury!
That must be an omen - no need for a baby name competition this time - it has to be Freddie
Made in heaven
Made in heaven
its just got to be
Anon