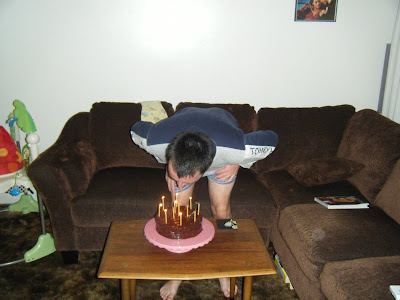 A week and a day ago John turned 35. Let's just say it wasn't the best day ever. First, I tried to make a chocolate cake from scratch, which I did just two weeks before and it turned out ok but this time I must've been distracted or something because I forgot BAKING SODA. Oops. I went ahead and put candles in it even though something didn't seem quite right and then we tasted it. YUCK! That was Monday night before the big birthday. Tuesday morning John was getting ready for work and couldn't find his wallet. We searched the house from top to bottom and finally came to the conclusion that it must have 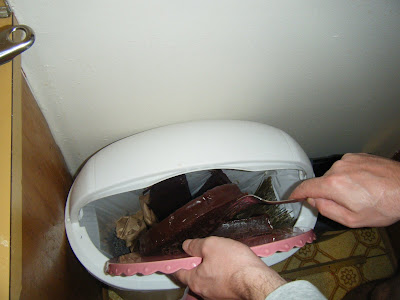 gotten lost sometime during the weekend. I spent the day calling all the restaurants, bars, and shops we went to over the three-day weekend, no luck. While John was at work I had planned to buy some presents and cook lasagne for dinner. He got a compost bin and we ordered pizza :( 36 will be fantastic I promise!!!

Thankfully the wallet was found before we ordered a replacement Green Card. Owain had gotten a hold of it and wedged it down between the stereo speaker base and the tv stand. John only found it because he discovered Owain trying to stuff something else down there.
We got some great photos of Owain at the park swinging. And at the bottom is a video of Owain stuffing a golf ball in his mouth, good stuff! 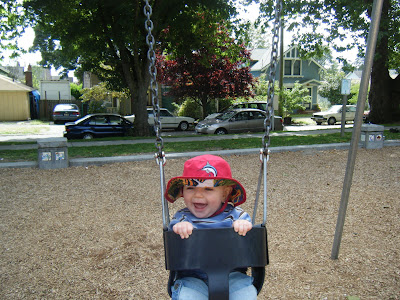 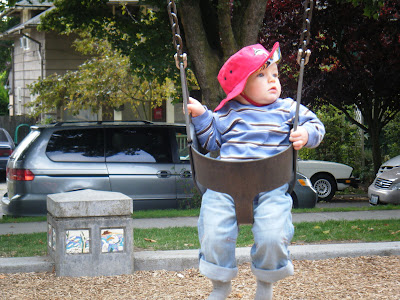 If there are large spaces in between paragraphs or this post just looks messy in general its because I GIVE UP trying to make it look pretty. I am missing some sort of technological know how.
Posted by heather mcfarlane at 13:17

What a big boy! And the golf ball in the mouth is hilarious! So sorry about John's B-day - Isn't there some sort of saying about a bad birthday being a sign of a great year to come?!?

Well it made me laugh, so I hope that helps.
Anyway let's face it, a 35th birthday isn't meant to be great!